Blog » Flight » How to Read and Understand Disc Flight Numbers

How to Read and Understand Disc Flight Numbers

Disc golf flight numbers have widely been adopted by most disc golf manufacturers. The Speed, Glide, Turn, and Fade of a disc help disc golfers understand the flight path that a disc will have in the air. After all, not all discs will fly the same! Learning what each number represents can help you anticipate how you should throw and expect it to fly, making more accurate shots.

When I first started I pretty much just threw whatever plastic disc was available to me. Friends would throw out words like “overstable,” understable,” “hyzer,” and “anhyzer,” but I had trouble remembering and understanding, what each of those terms meant. As I progressed in the game, I began to understand that each disc has a different flight path — from the speed, glide, turn, and fade — and knowing what each disc can do well, and not so well, can really propel your game to the next level.

An important thing to remember with flight numbers is that they are just guidelines. Other factors will play into a disc and change their flight numbers. Some of these factors include plastic type, run of the disc (year), amount of wear, elevation, and weather.

Speed indicates how fast or slow the disc will fly, and how much power is needed to perform it’s designed flight path. The rating has a lot to do with the width of the rim of the disc. The wider the rim, the faster typically. If you need distance, then you need speed, but it can be harder to control. Typically, the faster you throw a disc the less it will fade and the more it will turn, but the speed of a disc can dictate how much fade and how much turn it will allow.

Glide is the ability to stay afloat in the air — which can affect the flight differently in different winds. As a measure of loft, a disc with a high glide number will maintain more time in the air. Low fading discs will drop faster to the ground.

Turn is the “stability” of the disc. The lower the negative number, the more a disc will “flip,” or “turn over.” Majority of discs will have a natural finish to one side. For a right backhanded shot a disc will naturally fade to the left at the end of flight. The turn indicates how much it will go in the opposite direction before it begins it’s low speed fade. The more negative the turn number, the more the disc will “flip” to the right (or left for a left handed backhand throw). A disc with a negative number is also referred to as “understable.” Discs with a higher negative number are also good to learn how to throw a backhand roller.

Fade is the finish of the disc after the inertia slows down — most discs will have natural fade to the left (for a right handed backhand throw) and some will have more than others. A higher fade number and the sharper the cut.

I found a great 4 part video series from Best Disc Golf Discs, breaking down each rating, all are worth a watch:

You can always carry around a cheat sheet with the disc flight ratings on it, or try our Disc Finder.  You can also write the numbers right on the disc, but you might want to save room for all those ace signatures. Having access to the number and knowing their meanings has absolutely helped me improve my game. My shot selection is better and I don’t need to go hunting for my disc as often. 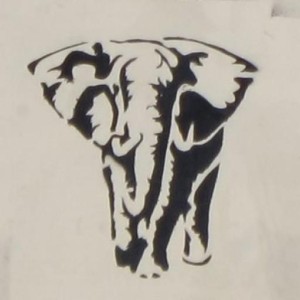